Murder at the US Capitol, cunning spies, an attorney general’s missing head, a first lady interred for entirely too long at Congressional Cemetery, and a dinosaur fossil discovered next to a neighborhood park are just some of the bizarre, scandalous, and lesser-known stories just waiting to be explored in in the Capitol Hill neighborhood.

Below are five fascinating sites and stories to uncover as you set out to explore around the Capitol Hill neighborhood.  Check out local DC author JoAnn Hill’s book Secret Washington, DC: A Guide to the Weird, Wonderful, and Obscure to learn more about the hidden histories below as well as to discover dozens of additional gems and off-the-beaten path locales in and around the Washington, DC area.

“Discord and Discoloration at the US Capitol”

While discord between politicians and the media seems to frequently inundate today’s headlines, tension between the two is nothing new. In fact, dissonance between lawmakers and the media dates to the early history of our nation.

On February 28, 1890, Charles Kincaid, a newspaper correspondent for the Louisville Times, fatally shot former Congressman William Taulbee of Kentucky. The two men had had a tumultuous history since 1887 when Kincaid wrote a story accusing Taulbee of an extramarital affair.

On the day of the shooting, House doorkeepers had to separate the two men. Taulbee reportedly warned the reporter to arm himself. Kincaid later met up with Taulbee and fatally shot him on the east staircase of the House Wing of the Capitol. The media widely covered the egregious event. Kincaid was later acquitted by a jury, citing self-defense.

The permanent discoloration from Taulbee’s blood is still evident on the marble stairs leading to the White House Press Gallery and marks the location of the shooting.

Read All About It: Learn more about this fatal act at the US Capitol on pages 4-5 of Secret Washington, DC: A Guide to the Weird, Wonderful, and Obscure.

Go and Explore: The Capitol Visitor Center remains closed. Visit their website for updates and information.

Where: The US Capitol is located at First Street SE.

Since its inception in 1789, the US Supreme Court has had a resounding impact on countless aspects of our lives. The site of the Supreme Court, however, was not always a place of distinction and justice. In fact, it has quite a long and sordid history.

After the British torched the US Capitol during the War of 1812, Congress built a brick building to serve as a temporary capitol. The temporary building, now regarded as the Old Capitol, was soon transformed into a boardinghouse. The outbreak of the Civil War, however, left it abandoned and dilapidated. The government removed the fence surrounding the building, replaced the wooden slits above the windows with iron bars, and converted it into a prison.

Many prestigious individuals served prison time here, including Confederate generals, Northern political prisoners, and spies. Many of the spies were women, often playing integral roles in the Confederate victories. Two of these imprisoned spies were Rose O’Neal and Belle Boyd.

Read all about it: Learn more about the history of the Old Capitol Prison and its cunning female spies on pages 148-149 of Secret Washington, DC:  A Guide to the Weird, Wonderful, and Obscure.

Go and Explore: Visitors can enter the building from the Plaza doors located on each side of the main steps. All visitors must pass through security screening before entering the building. Open Monday- Friday (excluding federal holidays) from 9 a.m. - 4:30 p.m.

Where: The US Supreme Court is located at 1 First Street NE. 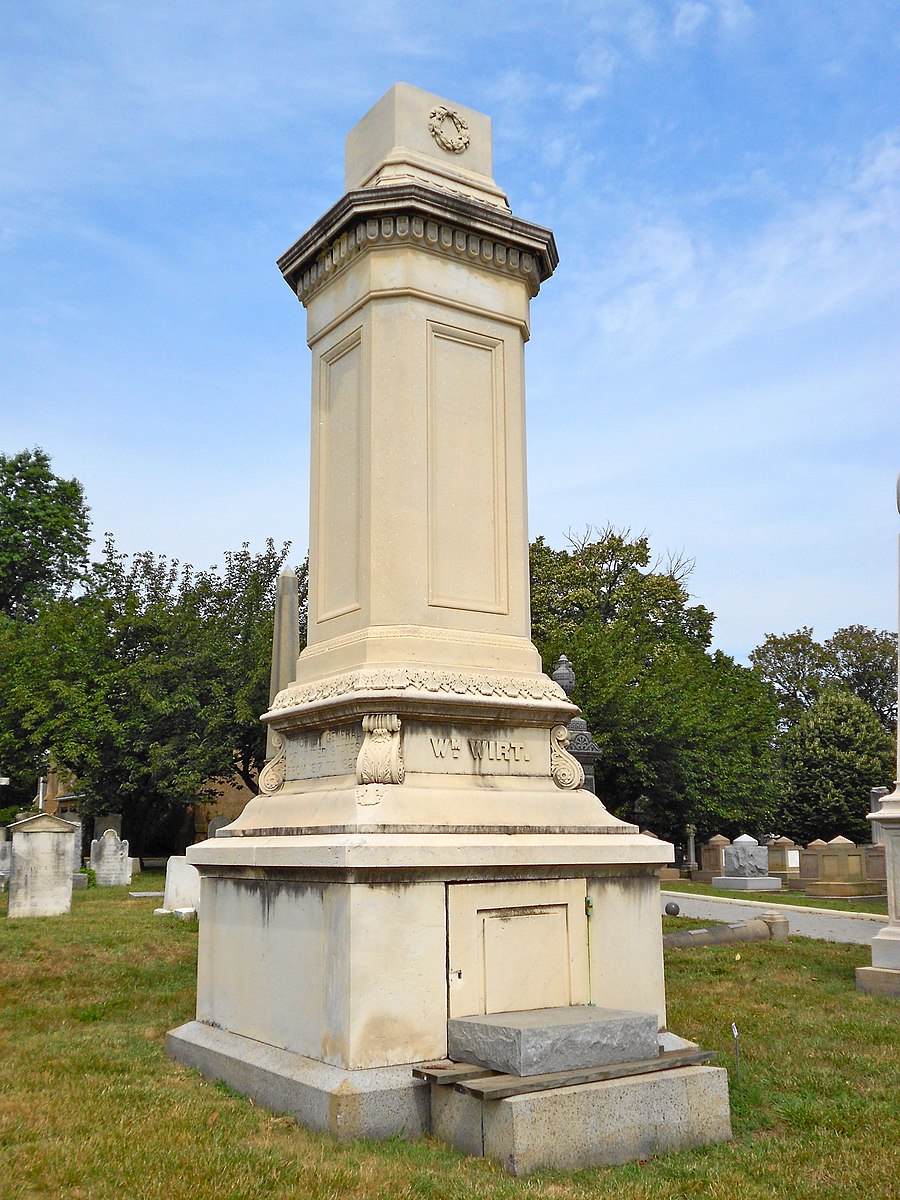 “Head’s Up: The Case of An Attorney General’s Missing Head”

Imagine receiving a phone call where the caller asks, “Would you be interested in getting William Wirt’s head back?” Such was the mysterious call that a Congressional Cemetery manager received in 2003.

William Wirt served as Attorney General under Presidents James Monroe and John Quincy Adams. Wirt holds the title of longest serving attorney general
in United States history, and he is also credited with turning the position into one of national importance. In 1853, Wirt’s son-in-law built a massive family vault near the highest point of the cemetery, so large that it remains the biggest and most visible monument on the grounds.

Following the puzzling 2003 phone call, the cemetery manager decided to probe further. The lock had been removed from the door and the vault had indeed been vandalized.

It was eventually determined that Robert L. White had collected Wirt’s skull, adding to his bizarre collection of 40-some skulls. When White died in 2003, the appraiser of his estate found an old metal box painted with gold block letters reading “Hon. Wm. Wirt.” The appraiser ultimately initiated the process of returning the skull to the cemetery.

Read all about it: Learn more about the bizarre case of Attorney General William Wirt’s missing head on pages 150-151 of Secret Washington, DC: A Guide to the Weird, Wonderful, and Obscure.

Go and Explore: Congressional Cemetery is open daily from dawn to dusk.

Where: Congressional Cemetery is located at 1801 E Street SE. 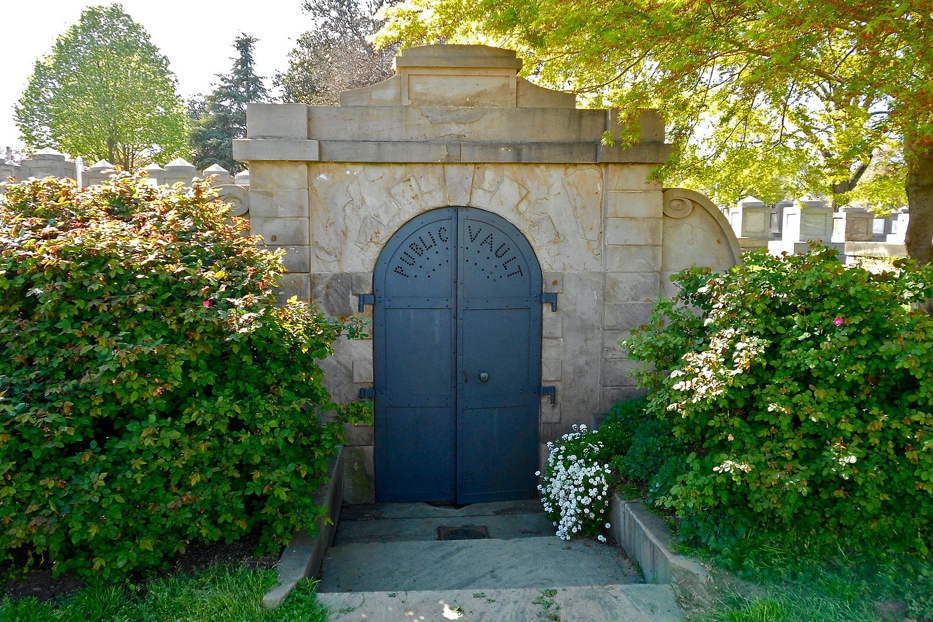 “Keep It in the Vault”

Over 3,000 individuals have been interred in the Congressional Cemetery’s Public Vault, including three presidents, one vice president, and two first ladies. Many stay here for only one to two days since it was never intended to be used for long-term stays. So, why was Dolley Madison interred in the Public Vault for two years, making her the longest known interment of the vault?

Dolley Madison was a trailblazer. She helped define the role of First Lady, was often credited with helping advance James Madison’s career, and perhaps most notably, saved a historic portrait of George Washington from being burned by British troops during the War of 1812. While the Madisons were among the elite, they weren’t immune to falling on hard times. As James Madison’s health began to deteriorate, he prepared his presidential papers to help secure financial security for Dolley after his death. Their son Payne’s recklessness, however, destroyed their finances. When Dolley Madison died in 1849, she was interred in the Public Vault for two years because her family ran out of money. After
enough funds were finally raised, her body transferred to the Causten family vault across the path before being finally buried in the family cemetery at the Montepelier estate, where she was laid to rest next to her husband

Read All About It: Learn more about the Madison family’s financial woes and Dolley’s two-year stint in the public vault on pages 36-37 of Secret Washington, DC: A Guide to the Weird, Wonderful, and Obscure.

Go and Explore: Congressional Cemetery is open daily from dawn to dusk.

Where: Congressional Cemetery is located at 1801 E Street SE. 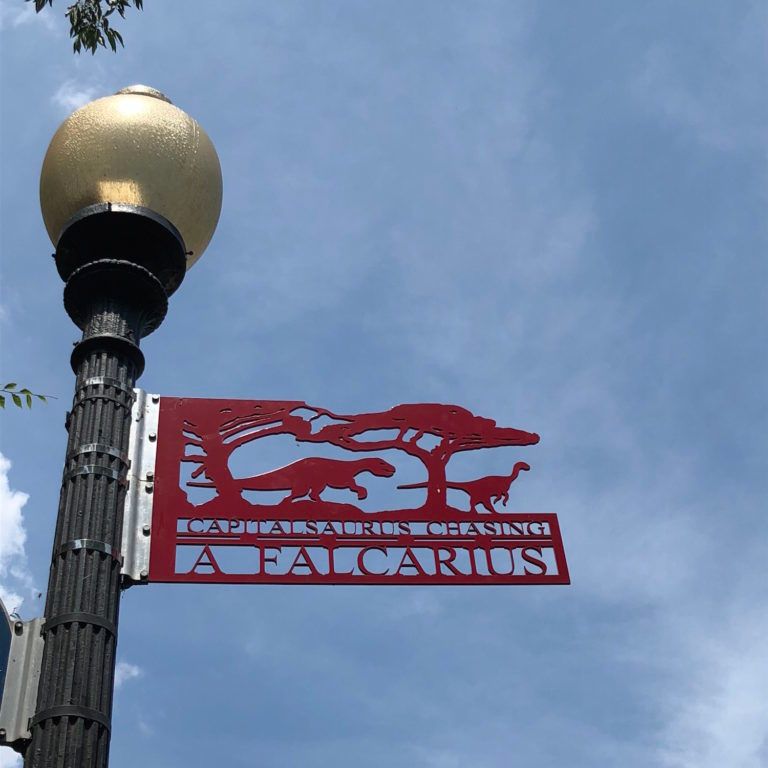 “Now Dig This: Honoring the Age of the Dinosaurs”

While walking or jogging near the Capitol Hill neighborhood’s Garfield Park, passersby may find themselves wondering why a street adjacent to the park has been uncharacteristically named Capitalsaurus Court. What could the neighborhood that’s most often associated with our seat of government possibly have to do with dinosaurs? Quite a bit, actually.

A single dinosaur vertebra was discovered by workers installing a sewer pipe at 1st and F Streets SE in 1898. Smithsonian Institution researchers designated the found fossil as unique and identified it as a new species nicknamed Creosaurus potens,a thirty-foot long predator exceeding two and a half tons. Nearly a century later in 1990, local paleontologist Peter Krantz suggested a much snappier name: Capitalsaurus. To celebrate the 100th anniversary of the fossil’s uncovering, Krantz worked with local elementary schools to petition the DC Council to name Capitalsaurus as the city’s official dinosaur. The Official Dinosaur Designation Act of 1998 was subsequently enacted.

While DC’s famed fossil is now housed in the National Museum of Natural History, its original home continues to pay tribute on the city block where it was discovered.

Read All About It: Learn more about the dinosaur fossil’s uncovering and other nearby discovered fossils on pages 162-163 of Secret Washington, DC: A Guide to the Weird, Wonderful, and Obscure.

Go and Explore:  A whimsical sign featuring Capitalsaurus chasing a smaller dinosaur, along with a bright green street sign designating this block of F Street SE as Capitalsaurus Court, is prominently displayed.

Where: The sign marking Capitalsaurus Court is located at the corner of 1st and F Streets SE.